Strengthening Resilience and Sustainable resource use for Food, Health and Livelihoods Security of agro-fishing and mining communities in Uganda

Extreme poverty is concentrated in the north and east of the country where this project is targeted, accounting for 84% of those living below the national poverty line (World Bank 2017). According to the National Development Plan II (GoU, 2015) Uganda’s environmental resources are threatened by “poverty, rapid population growth, unplanned urbanization, expansion of informal settlements, industrialization and the impacts of climate change and variability among others”. The two most serious threats in Karamoja are land degradation and climate change, including increasing weather variability, frequency of extreme events and longer-term changes.

The challenges facing LVB and Karamoja region are numerous, complex, and interrelated. Human populations are growing rapidly and require more land and resources (Uganda had the fifth highest population growth rate – 3.23% – in the world in 2013). This is of a special concern in the Lake Victoria basin where soils and climate create highly favorable conditions for agriculture attracting immigration from less productive or more crowded areas.

The project proposes to work in remote and underserved communities in rural areas targeting four districts of Moroto, Nakapiripirit, Mayuge and Kyotera in the sub-counties of Rupa, Tapach, Mourita, Malongo, Jaguzi and Kyebe. The project directly targets to reach out 38,500 direct beneficiaries and 54,000 indirect beneficiaries.

Project goal: To contribute to the sustainable management of natural resources and improved wellbeing of vulnerable populations living in and around the mining and fishing areas of Karamoja and the Lake Victoria Basin through integrated multi-sectoral approach.

To reduce the pressure on natural resources and threats to biodiversity conservation, while at the same time increasing food and livelihoods security and access to reproductive health services. 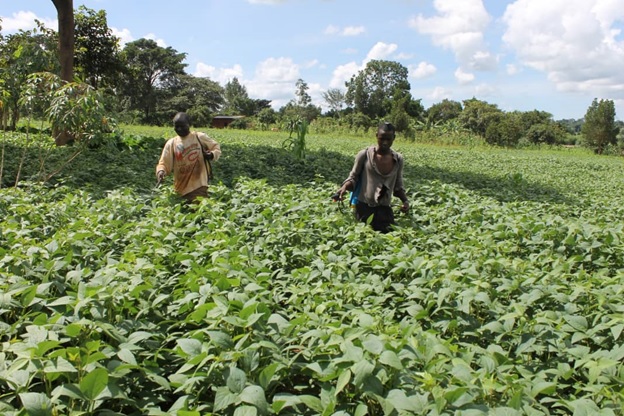